I’ve received several requests to give some examples of using repeats in a chart. This post will cover the basics of doing that.

Let’s start with a lace chart created in Stitchmastery but with no Border or Repeat added;- 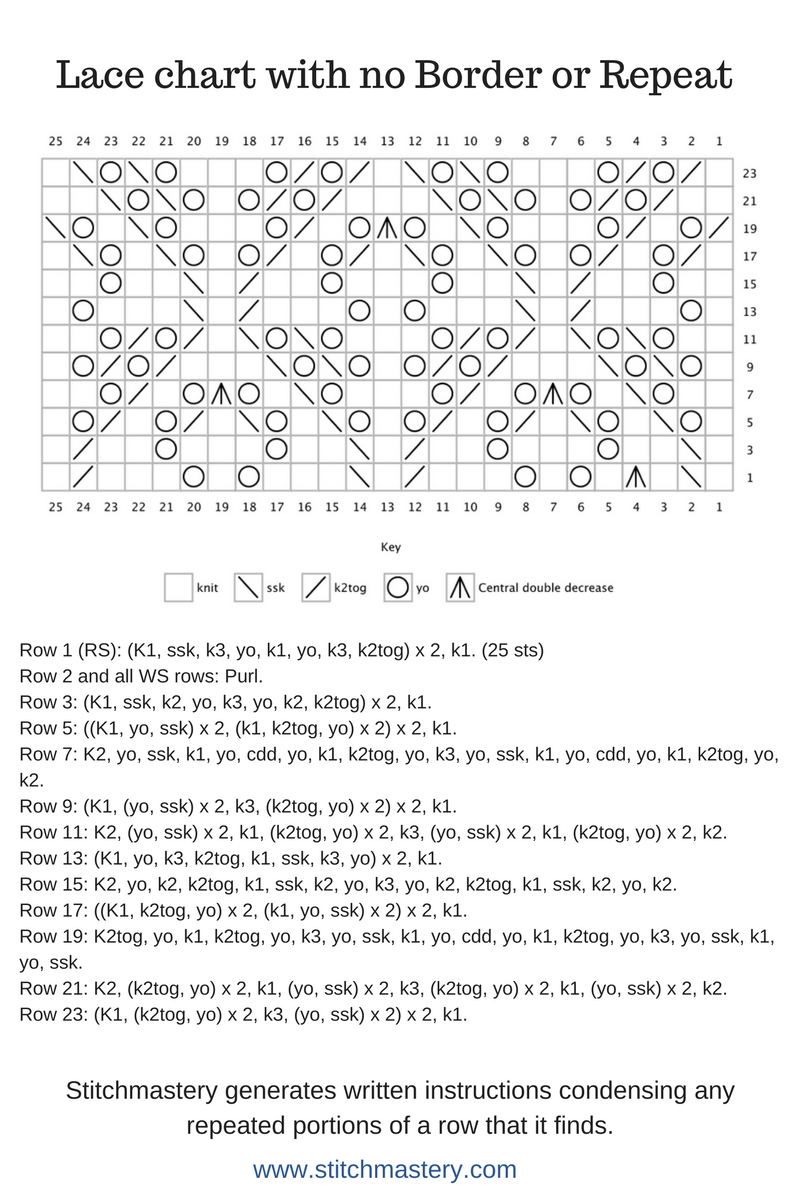 Notice that when Stitchmastery generates the written instructions it looks for patterns in the text and does its best to condense any repeated portions of a row that it finds. So, for example, instead of writing;-

But what if we wanted the knitter to repeat the middle portion of the chart? Well we could add a nice big red Border to the chart to indicate that;- 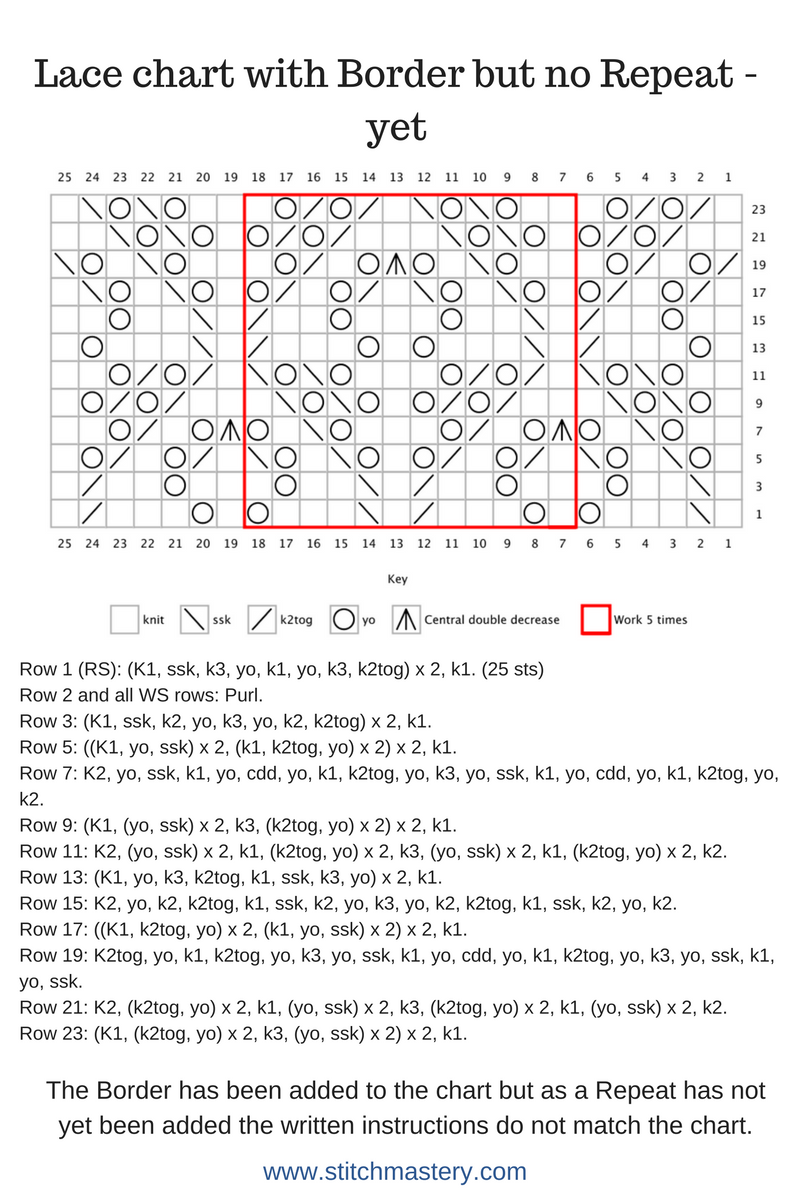 The red Border stands out and, with the edited key entry, is quite clear to the knitter following the chart that the middle portion must be worked 5 times. However, as the Border is only a visual element on the chart, the written instructions do not match the chart.

Once a Repeat has been added the chart looks the same but the written instructions now match the chart. 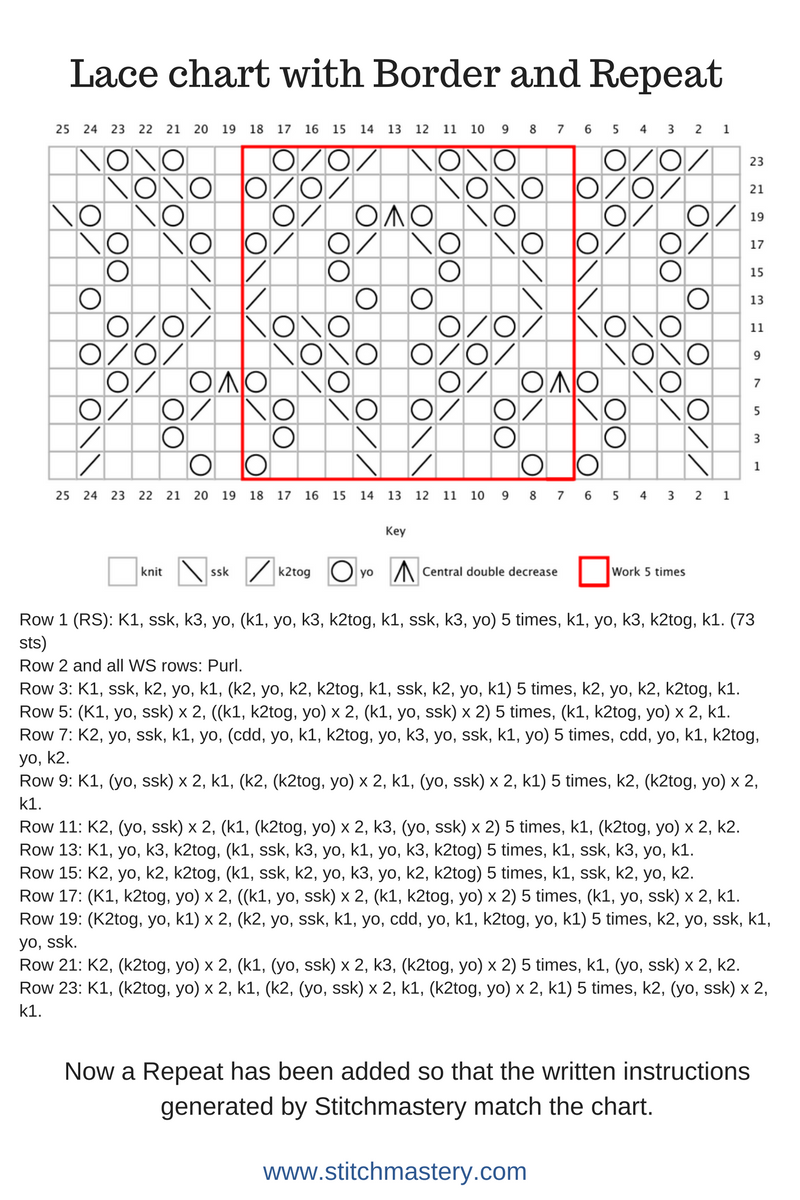 ← Version 2.4.2 of the Knitting Chart Editor published
Get creative with lace knitting stitches. →

2 Responses to Repeats and Borders on a knitting chart